Yes, some new poppers from Pac, radikal poppers an alternative wording to radical. Rush branded and won’t be on the store shopfront poppers shelf for long as it’s a ~”one off” line of production.

Reports from initial customers who buy are positive with no headaches and no burn being reported. Only negative comments so far are may be a 10 l bottle and some are not used to the new larger bottle cap but we feel that it’s just a matter of getting used to something new but will suggest a 10 mill litre to the suppliers if on to get some alternative poppers stock at the warehouse. So great effects and a lasting sensation and comments like Poppers from the 1980’s are the reasons to try and buy something new. For the cautious why not buy a combination? Say a radikal poppers and some standard extra strong rush maybe. Or go some steps further by enhancing your sex life and buying say some affiliated products such as anal plugs or lube. Just a thought. But we at the popper shop always have something for everyone so check out the online store today! 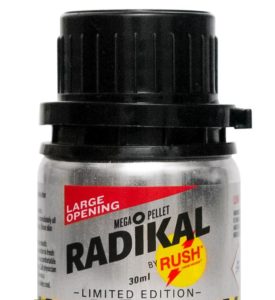