There has always been a shop demand for extra strength poppers, triple XXX, like English poppers UK. Designed for mainland UK and generally sold in UK.  Red and White designed bottles intended for a direct sales pitch to the dedicated. Germany has its own styled poppers namely Berlin Poppers silver bottle hard extra strength clearly labelled product. Berlin Germany’s capital so don’t go on holiday with it especially to clubs pubs and venues situated in the capital. Great gay scene in Berlin with something for everyone. Where there are people there is sexual encounter so why not travel light and take a 15ml Berlin poppers with you.

Back to the mainland UK  we have  two variants of the English poppers: Big extra large at 22mls and boasting a leak proof bottle plus quotes of more active ingredients than its competitors. The other variant is even larger at 25mls marketed as an xtra strong room odoriser. No complaints to date from the choosey particular U.K English customers.

Alternate Extra strength aromas we sell on a daily basis are Fist Poppers and Bears own poppers We know RUSH AND Jungle juice supply us with the most popular strong aromas but the new Big Boys on the block make a definite mark.

Bears Own Poppers are also a targeted customer aroma obviously aimed towards bears and their otter followers and admirers of the bear gay community. A totally scented odoriser with a slogan embellished across the top “ Whos Ya Daddy” Bearing in mind many bears are older this popper is going to appeal to the Daddy and Son partners as well. Go with your animal instincts on this one , double the traditional size in liquid at 25mls and Super strong.

Last but not least and by no means the only other poppers we have online is Kink Poppers aimed at the fetish and swingers market. Imagine the scene in a darkened club with a sling in the corner. Sitting along side an open bottle of poppers just reach out! 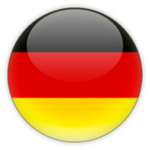